Anders Bülow: Flickering - Into the Clouds

Formation Gallery is proud to present a new series of plaster reliefs by Anders Bülow. Bülow has spend the last year working with a new material, the plaster, to add an extra dimension to his distinct aesthetics of optical spheric landscapes.

There is an indecisive fickleness to Anders Bülows series of plaster reliefs, as they balance between picture and sculpture. The many small tops on the relief – some rounded with tiny concaves at the end, others pointed as sharks teeth, some on a single plane, others evenly distributed across a curving surface- create a scene for a game of light and shadow, as well as a complex but subtle work of coloured layers and changes. Almost like swimming across the ocean-
Floor. Perhaps a coral reef with colorful organisms, alternating between sunlight and shade. As the light below the surface allow colors to appear in undulating glimpses, the reliefs surfaces clarify the color game that is brought on by a change is perspective, that shows one set of colors from a certain angle and another set from a different one.

The work with color changes and interaction between the convex and concave presents an opportunity to think of the surface as something that appears on a surface. (The surface surfaces).
The optical phenomenon iridiscizing (goniochromism from the Greek gonia - “angle” and chroma “color” also called rainbow luster or mother-of-pearl luster) might be a (figure?) to consider in this context. Irridisence appears as the palette changes along with the angle of which it is perceived or how the light falls. The beautiful and intense color transitions, that we know for oilspots and rainbows, but are also present in peacock feathers, fishscales and insects, acts as a veil that either disturbs and confuses our eyes or seduce them in their interchanging optic play....

- Excerpt from the exhibition text by Anne Kølbæk Iversen

Anders Bülow graduated from The Royal Academy of Art, Cph in 2011 and the Akademie der bildende künst Wien (2009/2010). He has exhibited and worked nationally as well as internationally – for instance in New York (ISCP 2018), Bruxelles (Afterhowl),Den Frie (dk) and Kastrupgaard Samlingen (dk). Recently he exhibited in the artist-run space Stereo/Exchange. 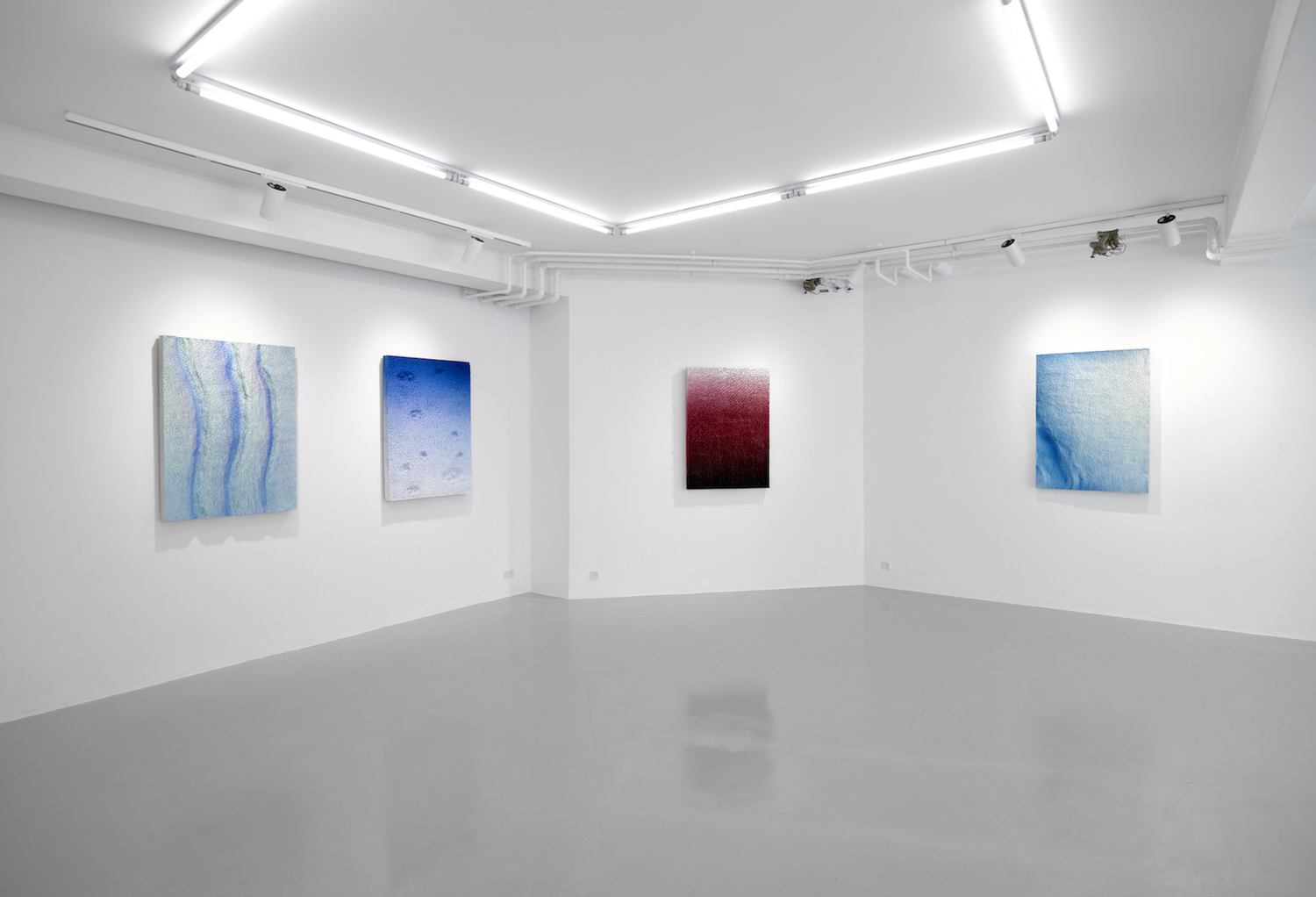 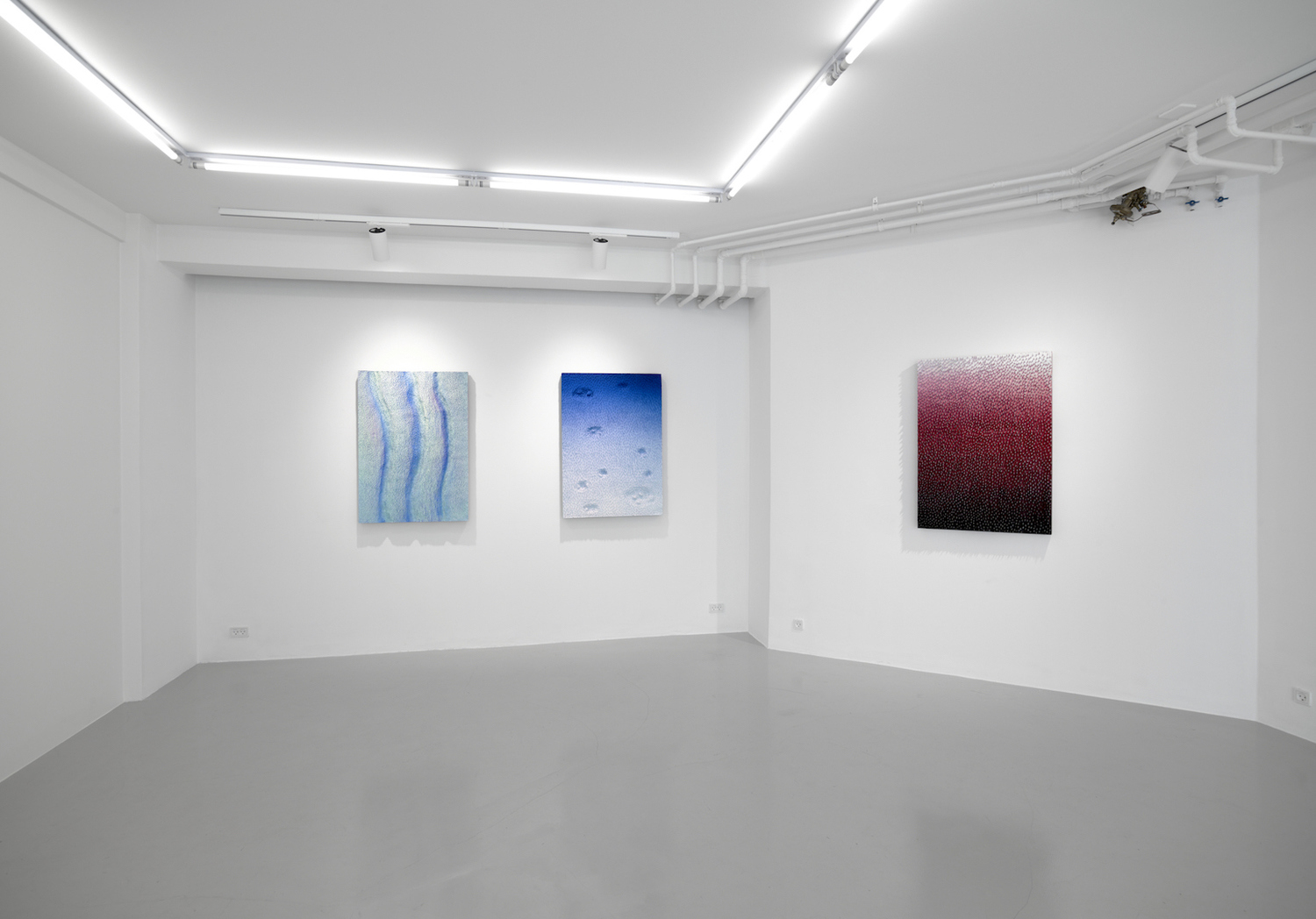 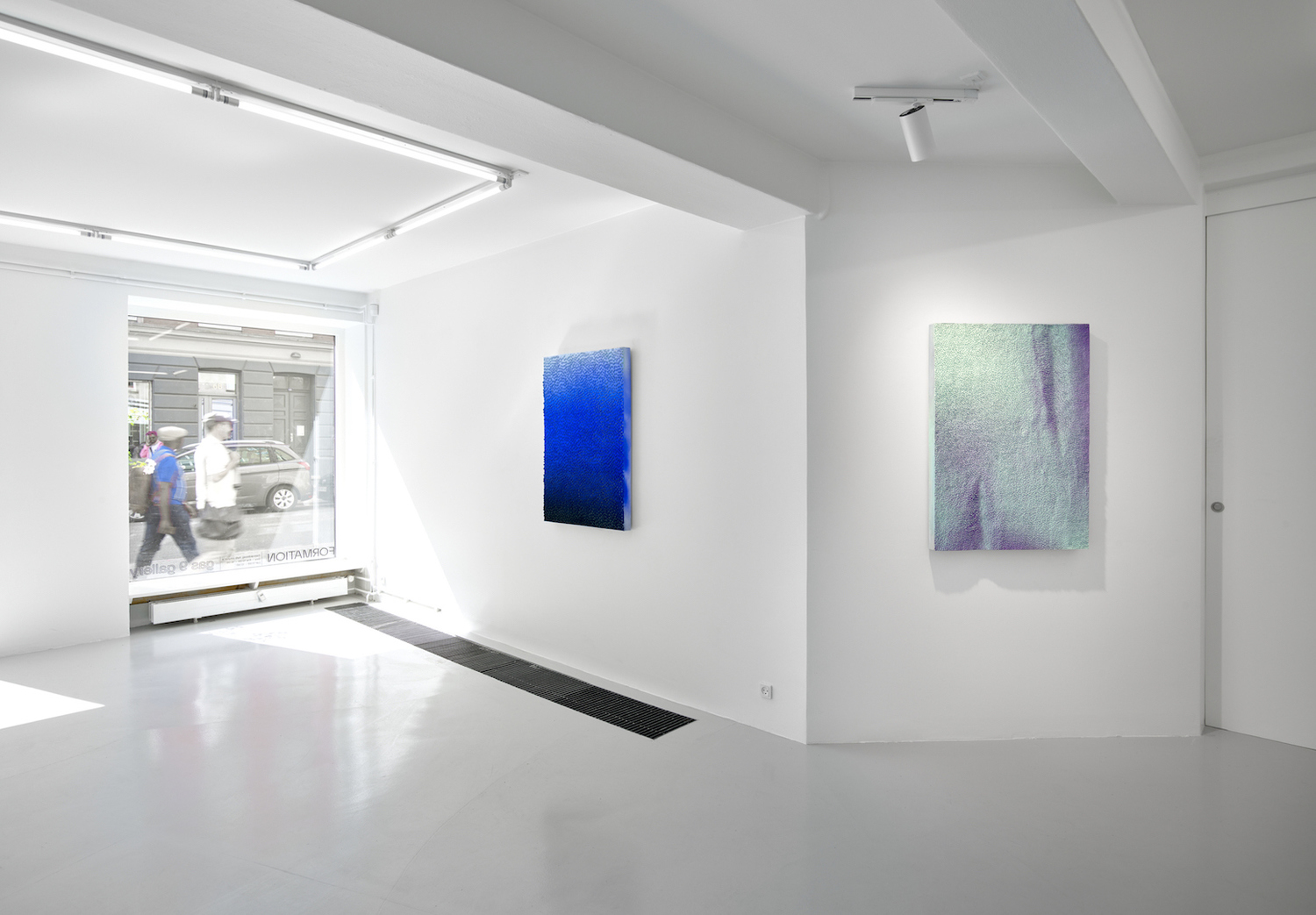 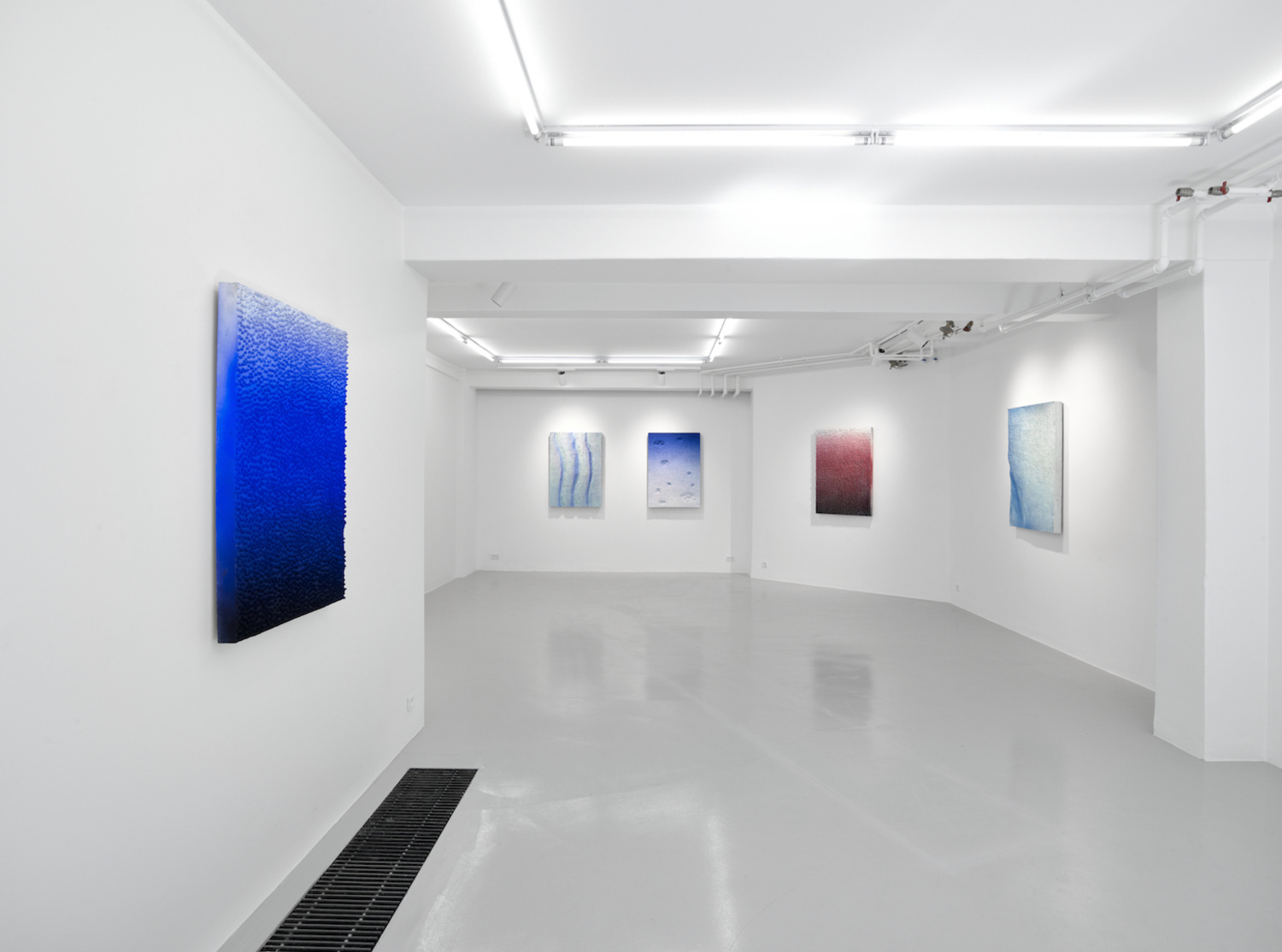 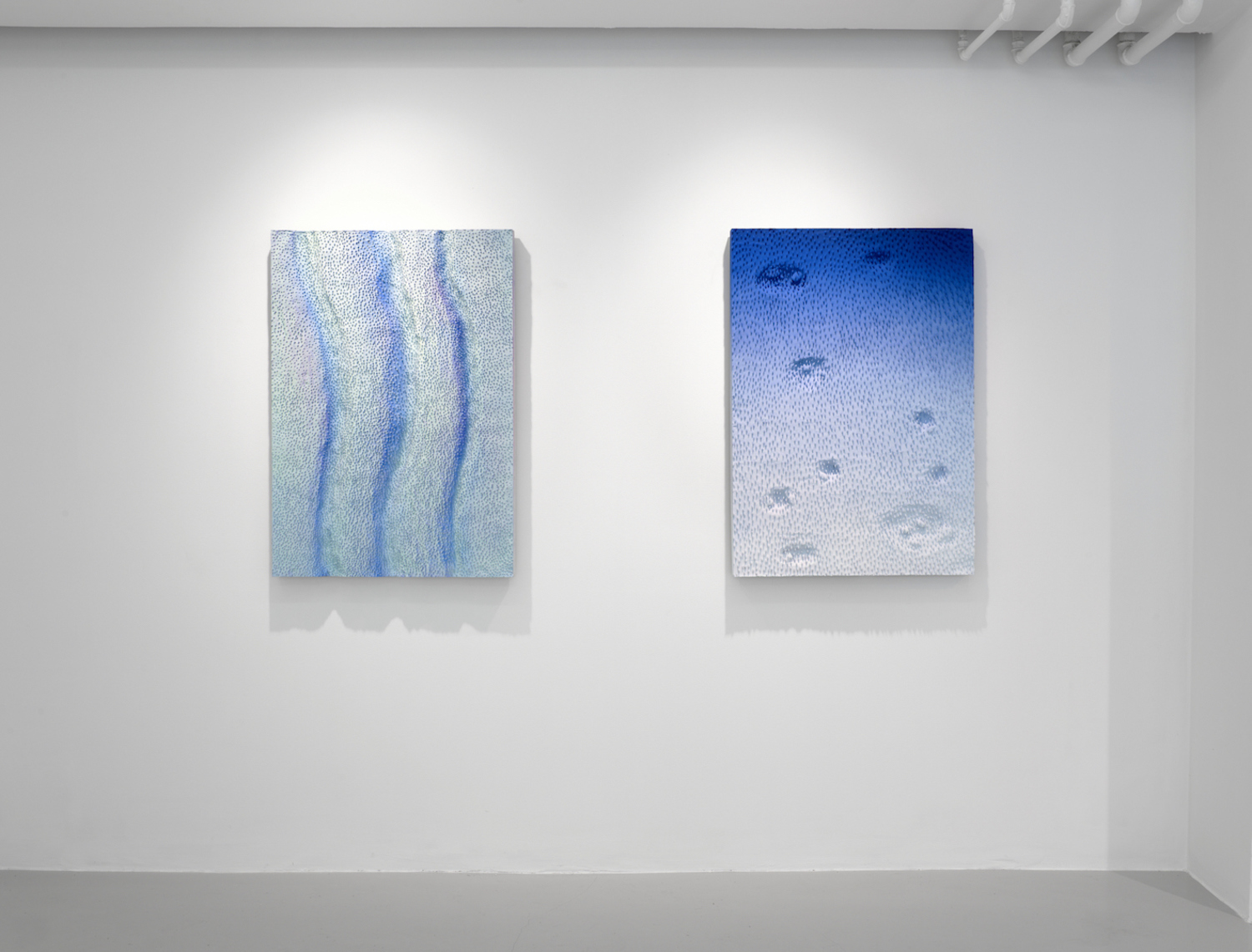 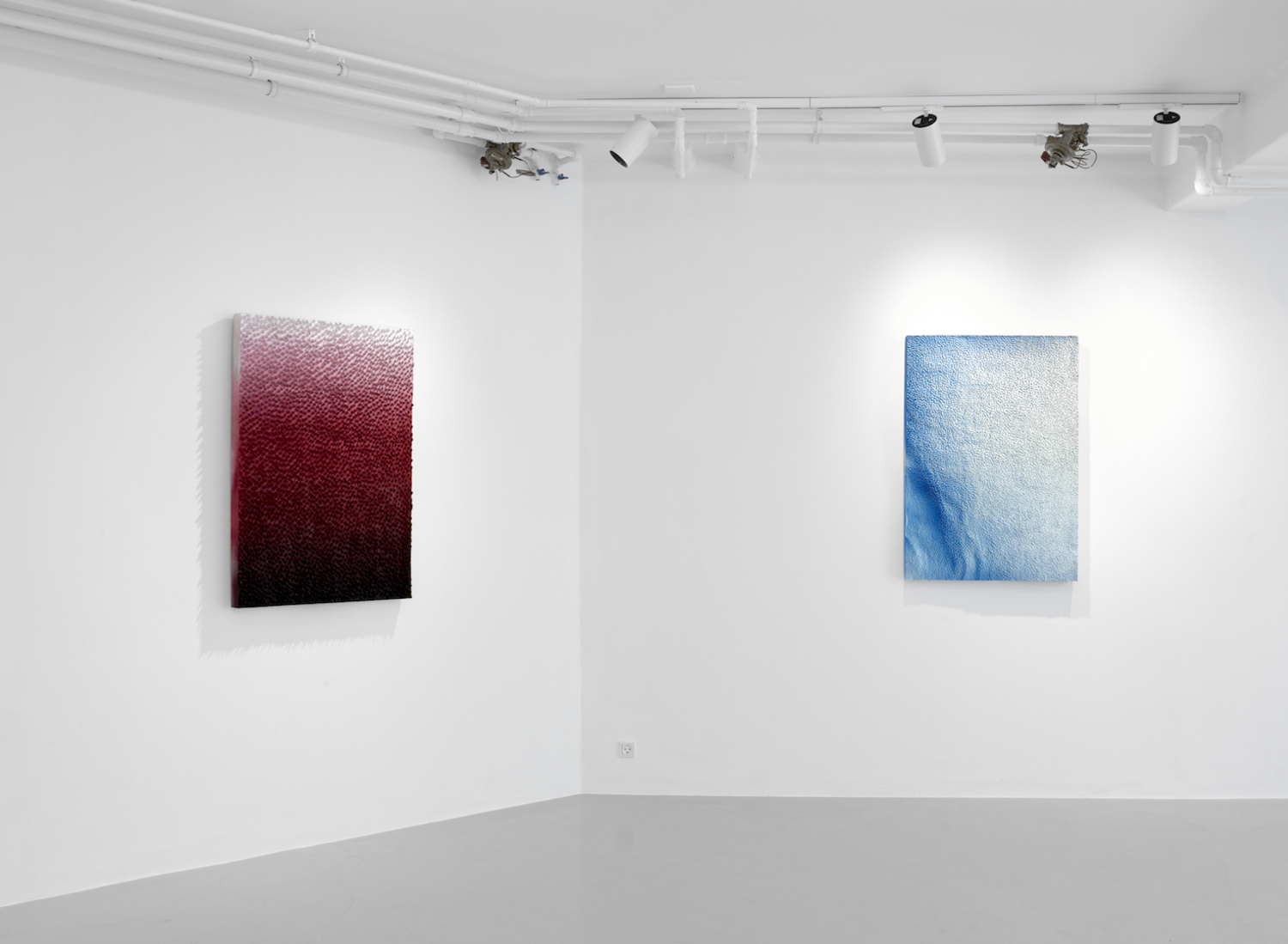