Isabel & Kristian: In a Puzzle

Formation Gallery is pleased to be able to present the exhibition In a Puzzle by the artist couple Isabel Berglund and Kristian Devantier – a dialogue between the figurative and the abstract.

The two artists not only share a studio but also form a couple privately. Their exhibition In a Puzzle draws parallels to how we as humans create and build relationships and collaborate. Like a big joint puzzle pieced together by similarities, differences, compromises, love, play, and seriousness.

For several years, Isabel Berglund and Kristian Devantier have each worked as artists. Isabel is particularly known for works that unfold as sculptural hybrids, where knitwear meets other textiles or sculptural objects that rise, hang, or float. Isabel's works imitate forms we know, other of her works dissolve the recognizable and hover somewhere between form and dissolution of form. Isabel pushes our understanding of sculpture and what knitting can do.

On the other hand, Kristian has his a very distinctive, almost pictograph-like image expression, where people, things, and situations are indicated, almost as graphic symbols - as if they were to inform, guide, or warn. But unlike an actual pictogram or graphic symbol, Kristian's images are not unambiguous or express a single statement. The works consist of several recognizable basic elements – colors, surfaces, and faceless people. They seem immediate, but at the same time hide a story, situation, or feeling that is open to interpretation.

As a duo, Isabel & Kristian create a playful and colorful dialogue between their respective practices, where they simultaneously challenge and complement each other. They are concerned with the relationship between form, spaces, surfaces, and connections - the flat and two-dimensional versus the tactile and three-dimensional, the smooth and the woolly, the hard and strict, the soft and uncontrolled.

In a Puzzle takes Isabel & Kristian's artistic collaboration to a new level, creating visual objects, mobiles, and collages that define a new aesthetic starting point, where the negative and positive forms complement each other - like a deconstructed puzzle that comes together in a new and surprising way.

Isabel Berglund (1971) holds a Master in Fashion Knitwear from Central Saint Martins College of Fashion and Textile in London (1997-2000). In addition, she also has a bachelor's degree in textiles from the Design School of the Academy of Fine Arts (1994-1997). She has exhibited in Europe, Asia, and USA and in museums, galleries, and art galleries in Denmark - including: Seoul Arts Center, Korea; Jean Lurcat & Tapestry Museum, France; Mindcraft exhibition in Salone del Mobile; Milan Museo Poldi Pezzoli, Milan; FAU Gallery Florida; Rossana Orlandi, Milan; Collect Art Fair in Saatchi Gallery, London; Ries Museum, The Netherlands; Bund 18 Gallery, Shanghai; Maison du Denmark, Paris; Museum Bellerive, Zurich and Gallery Specta, Copenhagen. She exhibited in 2016 at Trapholt, with the large work Maskers Monument, and in 2018 she exhibited at Madoura Vallauris, France. In 2021, she presented the exhibition Silhouettes of Women in the Wind at Fanø Art Museum. 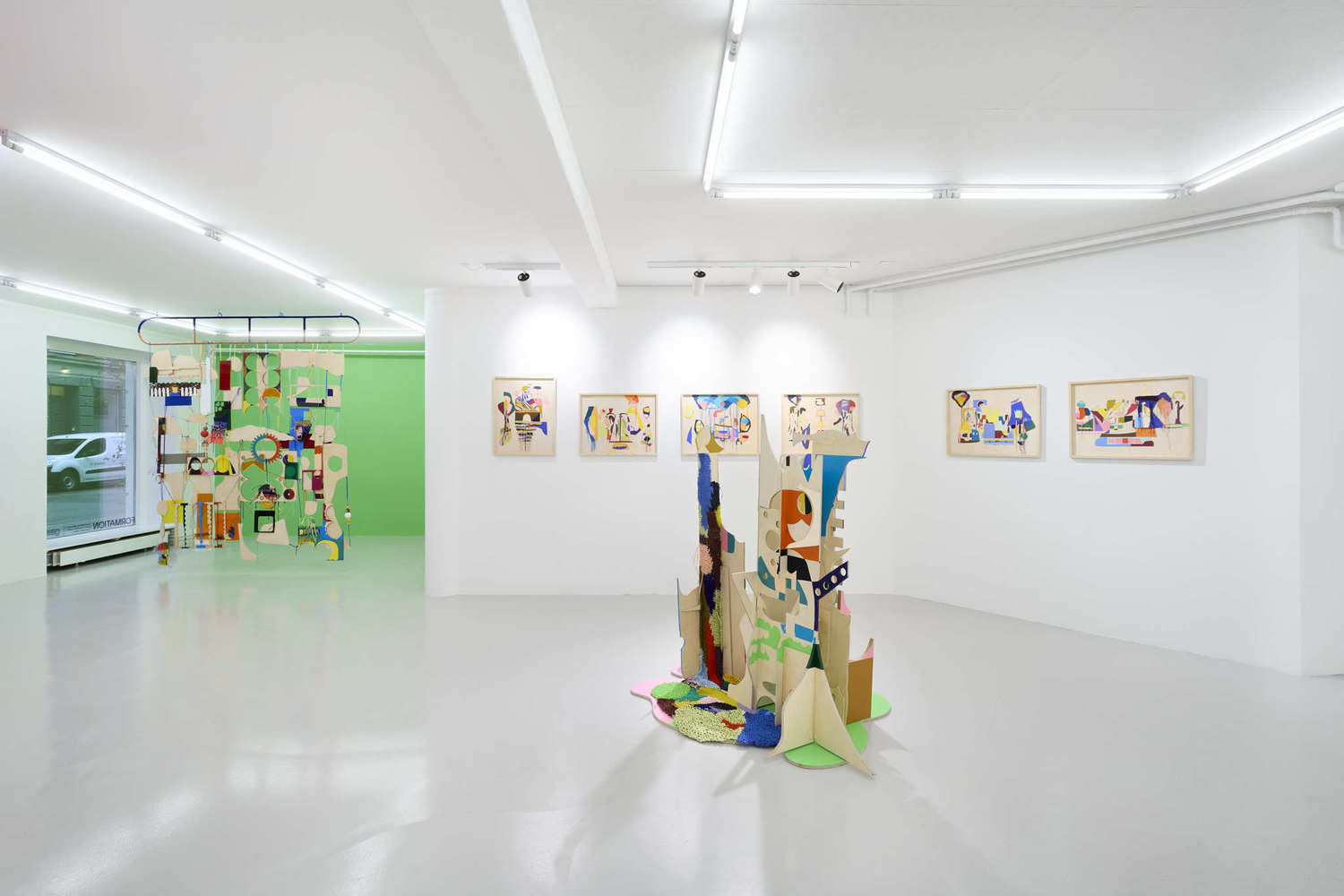